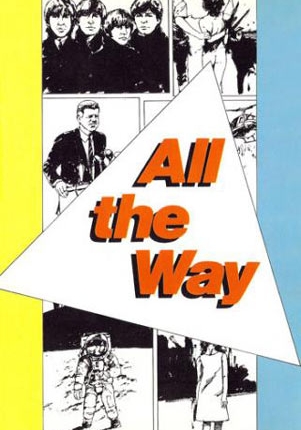 It was the 60s.
A time of peace and love.
A time of war and conscription.
One of the most extraordinary eras in Australia’s history that would leave that country changed forever, politically, socially and morally.
A time when Australia and the world went all the way.
This is a story that begins in 1962 and follows the lives of three sisters through the turmoils and changes of the decade.
It’s the story of how an explosive political scandal and cover-up affect their lives and the lives of their families and friends.

From the moment expatriate reporter Alan Scott steps off the plane in Australia, he is stepping into the biggest story of his life.
A story of Government corruption, cover-ups and murder that could end up costing his life and the lives of his family. All The Way is a political thriller at it’s most nail biting best. But more than that it is a story that’s rich in humour and character right up until its dramatic climax.