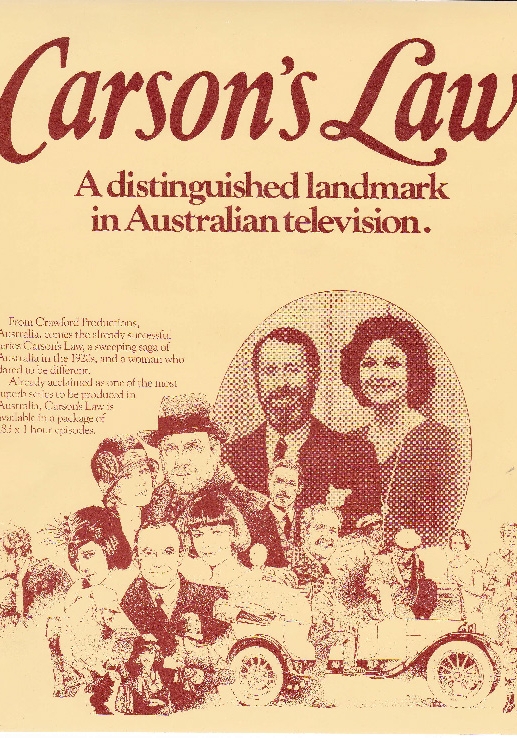 The sweeping saga of Australia in the 1920s.  A woman who dared to be different -  Jennifer Carson is a woman before her time and of great compassion and understanding. A wife, mother and a lawyer. A combination hardly acceptable in those times.

Acclaimed as one of the most superb series to be produced in Australia and winner of 26 television industry awards including multiple Logies for best actor and most popular series, Carson’s Law offers an impressive list of fine stars.