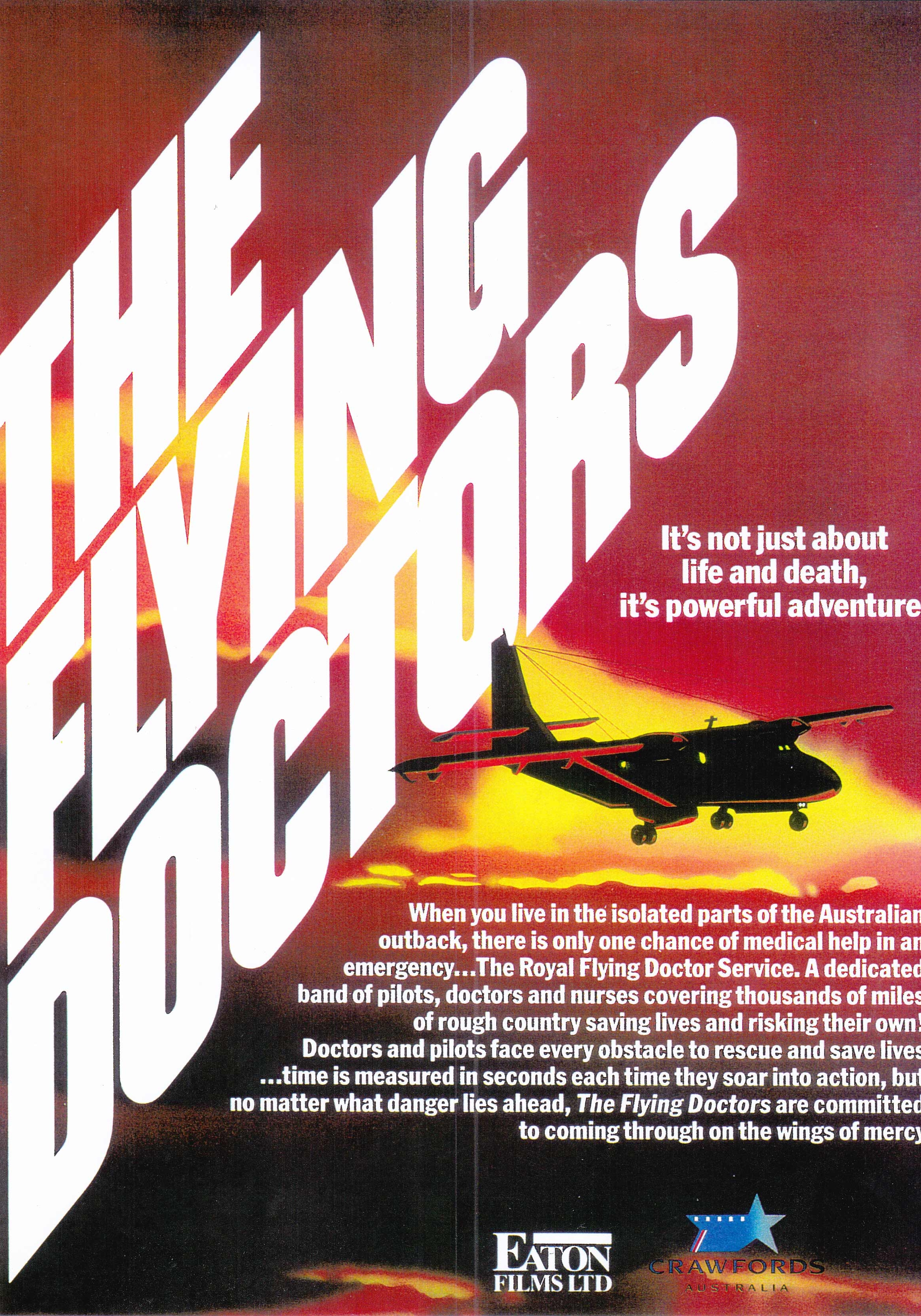 It’s not just about life and death, it’s powerful adventure.

When you live in the isolated parts of Australian outback, there is only one chance of medical help in an emergency… the Royal Flying Doctor Service. A dedicated band of pilots, doctors and nurses covering thousands of miles of rough country savings lives and risking their own!

Doctors and Pilots face every obstacle to rescue and save lives
…. Time is measured in seconds each time they soar into action, but no matter what danger lies ahead, The Flying Doctors are committed to coming through on the wings of mercy.

A distinctly Australian series, it springs from the vast, desolate Australian outback – the last frontier. The breadth of its scope reflects a terrain as famous for its wealth as its severity. This is a true story. The vast horizons create a sense of timelessness, in this the oldest continent on earth. Those who dwell within this forbidding landscape would rather be here then anywhere. They are the last of the pioneers. It is for these people that the Flying Doctors take to the skies. Desperate measures inspire greatness, like the commitment of those who serve this community. “The Flying Doctors” is a uniquely endearing series that quickly becomes part of the essential viewing pattern.

The cast of “The Flying Doctors” is one of the finest ever assembled in an on-going series. It began as a 6 hour hour mini series, so successful that more episodes followed and quickly developed into a long running series of outstanding quality.