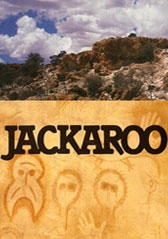 Jack Simmonds is a Jackaroo, a worker on a cattle ranch. He is the son of a part Aboriginal itinerant worker, but his good looks and fiery spirit have earned him a reputation as a brawler and ladies’ man.

Fate brings Jack to Glen Ayre, a huge cattle station run by the wealthy and powerful Logan family. Two sisters have inherited the Logan fortune. One a spinster (who runs the property), the other married to a Perth tycoon with a teenager daughter, Clare.

Jack learns that Hamish Logan, co-founder of the Empire, took an Aboriginal wife and was later murdered by her tribe. Jack Simmonds, the Jackaroo is a descendant of that union. If not legal, then certainly by blood and Aboriginal law, he is part of the Logan family. The conflicts of race and heritage begin…

Jack falls in love with Clare and she becomes pregnant. Clare goes into hiding and the baby will be adopted.

And so begins Jack’s struggle to claim his inheritance, the women he loves and the child he has never seen.

Set against the backdrop of the Australian Outback, and the white man’s grab for mineral wealth, Jakaroo is a story of love, jealousy, greed and revenge. A story of love that transcends race and class. A love that changes an entire dynasty - a love as uncompromising and compelling as the outback country in which the story unfolds