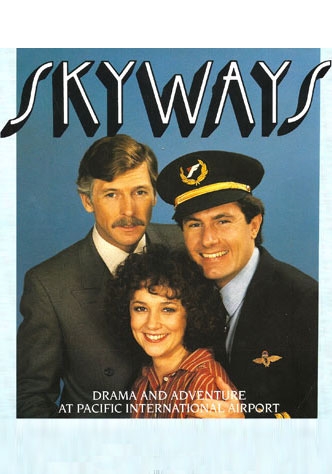 An action-packed drama series about Pacific International Airport, the five million passengers who pass through every year, and the 8000 people who work there … the city of the air.

Paul MacFarlane runs the place. He was a pilot with Trans Asia Airlines until he was grounded. Now he’s in his early forties, a tough executive with the common touch. He needs it. At any moment he may have to deal with the demands of his staff. It could be trivial this time or a danger to security next, or it might be a VIP demanding the impossible. Patience is MacFarlanes strong point. The action is not all on the ground. In the air, the crews of Trans Asia Airlines may be dealing with any emergency from foul weather to engine failure, UFO sightings, stowaways, pilot stress or landing crisis. If it’s happening MacFarlane has to know. And usually he has to fix it.