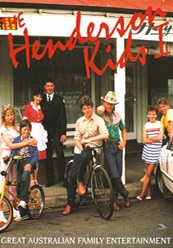 Two city teenagers find their world plunged into chaos following the tragic death of their mother. They land in the custody of their uncle, the local cop in a sleepy fishing village called Haven Bay.

At first they find the country hostile and its people unfriendly … but generally they make friends-firm friends-with Cowboy and his gang. They share their adventures, their schemes, their triumphs and disappointments, and they learn to love the country. But the kids have an enemy. Their mother left them a beautiful, undisturbed piece of land called Henderson’s Point. A local Businessman wants the Point – and he’ll resort to any trickery to get it.