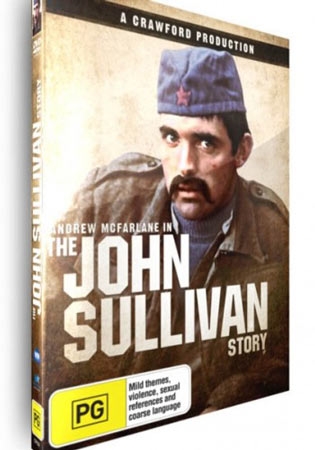 1941 – John Sullivan is shipwrecked in the Eastern Mediterranean. Rescued by Chetnik guerrillas, he finds himself embroiled in the ethnic struggles between the Chetnik Serbian Monarchists and the Communist Partisans – amidst war-torn Yugoslavia under Nazi occupation. When the Gestapo arrive in their village, John is captured and interrogated as a spy. In a daring rescue, John is returned to the Partisans where he falls in love with Nadia, a beautiful Jewish girl who has also escaped from the Nazis. British Special operations learn of John’s whereabouts and believe him to have information valuable to them. So a plan is hatched to bring him back to England.

This compelling wartime drama, winner of 3 television industry awards including the Silver Logie for Most Popular New Talent for Vera Plevnik (Nadia),.