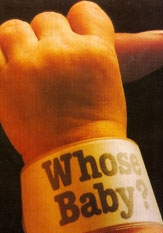 This four hour television mini-series is an account of a true story that began in Kyneton, Victoria in 1945, when two baby girls were born within seconds of each other at the same hospital. In the months that followed, claims were made that the wrong babies were given to the mothers. This started a battle for the legal custody of one of the children, a bitter controversy which raged through the highest courts in the land..and even further…to the then ultimate court of appeal in the British Commonwealth, the Privy Council in London. The story swept around the world emblazoned in newspaper headlines. A controversy that shattered lives and continues its influence to the present day. A controversy that has never been resolved.